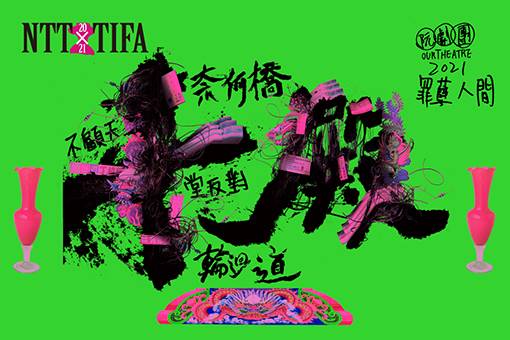 Every city has a building just like an “urban tumor”: hard to sell and impossible to afford. They once offer every possible sort of pleasure and youthful desires. However, the building slowly falls from its grace with every scandal and incident, albeit in prime location. Palaces is set in one such building.

The story spans three decades, tracking the stories and relations of the building’s residents. Inside Out gives audience a suspicious accident, a suicide, an affair, an impasse, and relentless knocks on the door - these are some of the snippets. Outside In stages gut-wrenching scenes such as the theft of a kidney, a murder, a phone scam, a vigilante, and a broken heart. The two installments can be enjoyed either independently or together.

Our Theatre was founded in Chiayi, a city in Southern Taiwan. Its mission is to develop an artistic vision distinct from urban perspectives by incorporating local cultures into modern theater. It is committed to bring performing arts to the masses, and seek opportunities for contemporary “folk theater.” Over the course of 17 years, it has staged more than 700 performances and received several nominations for the Taishin Arts Award. It also had the honor to represent Taiwan in several international festivals including Edinburgh Festival Fringe in the UK, and Sibiu International Theatre Festival in Romania.

※The performance is a two-part serial, each part 165 minutes, including a 15-minute intermission.