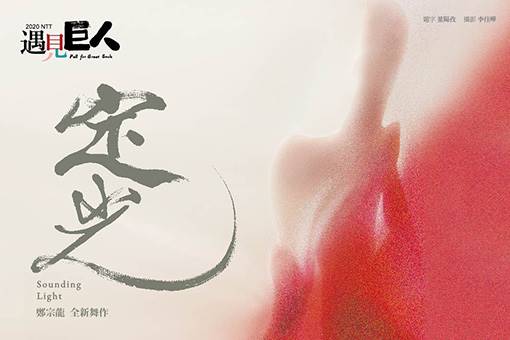 Talent and skill require no translation... it's only right that they should be shared with the rest of the world.－The New York Times

When you're talking about Cloud Gate, magic is not too strong a word.－Time Out

This is a company that you will enjoy, fall in love with, and want to see again.－Ballet-Dance Magazine

A late Generation X-er, CHENG nonetheless finds himself caught up in the frenzy of digital devices and ever-shortening attention spans. As we consume more through our devices, we increase our individual and collective anxiety. Sounding Light seeks to tap into the self, with or without our devices, to search for an equilibrium within oneself. CHENG pushes to connect with anxieties deep within, reaching within the body's sounding instrument - the voice. The physique of the dance resonates with each twist and turn, as the shouted-out rhythms and amplitudes of Taiwanese dialect construct different soundscapes and body spheres. 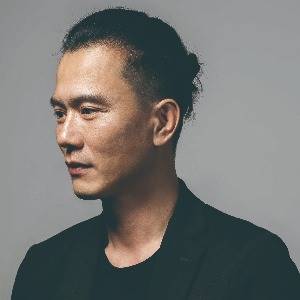 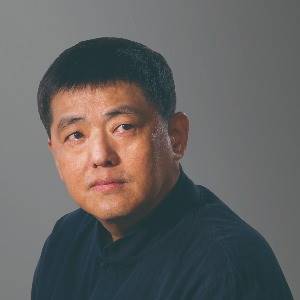 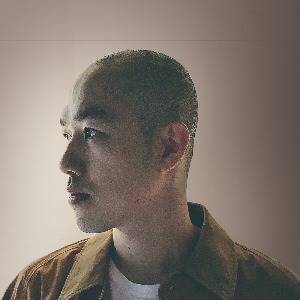 Music／LIM Giong
Born in Changhua, LIM’s music career began as a singer-songwriter, and then moved behind the scenes as a DJ. Encouraged by director HOU Hsiao-hsien, LIM began his career in film music with Goodbye South, Goodbye, and has since worked on music for short films, commercials, animations, and documentaries. Beginning in 2004, his compositions became more experimental as he started collaborating with artists from other fields, and incorporating electronic and Taiwanese elements. His unique musical style brought a distinct ambience to choreographer CHENG Tsung-lung’s 13 Tongues (2016), Full Moon (2017), and Multiplication (2019).

Costume Design／CHEN Shao-yen
A graduate of Central Saint Martins, CHEN founded his namesake womenswear label SHAO YEN in 2010 and has since been a regular participant in London and Paris fashion weeks, showcasing designs incorporating practicality with unconventional materials and structures. CHEN has gained great recognition through a wide range of projects and exhibitions. Since 2016 he has participated in artist TONG Yang-tze’s From Ink to Apparel exhibition for four consecutive times. In 2018, CHEN was invited to collaborate with Cloud Gate 2 for the first time, designing costumes for the annual Spring Riot. His design credits with Cloud Gate also include Lunar Halo (2019).

Cloud Gate Dance Theatre of Taiwan
Founded in 1973 by internationally renowned choreographer, LIN Hwai-min, Cloud Gate is acclaimed as “Asia's leading contemporary dance theater” (The Times), and “One of the finest dance companies in the world” (The Globe and Mail). While touring extensively worldwide, Cloud Gate holds regular seasons in theaters at home, and stages annual free outdoor performances in cities and villages of Taiwan, drawing an average of 30,000 people per performance. From 2020, CHENG Tsung-lung succeeded LIN as the Artistic Director of Cloud Gate.

Ticket Packages
Purchase four or more tickets for a single program and receive a 25% discount.

Purchase five or more performances of Kun-woo PAIK and Beethoven Sonata Cycle at the same time and receive a 25% discount.

Other Discounts
10%-25% off for NTT membership holders.
10% off for National Theater and Concert Hall, National Kaohsiung Center for the Arts (Weiwuying) and National Symphony Orchestra membership holders.
5% off for Bank SinoPac, Cathay United Bank and Taishin International Bank credit card holders.
10% off for CTBC Bank and E.SUN Commercial Bank credit card holders.
50% off for disabled persons plus one companion, and senior citizens 65 or above (ID required at
entrance).
25% off group ticket price for groups of 20 or more per program.