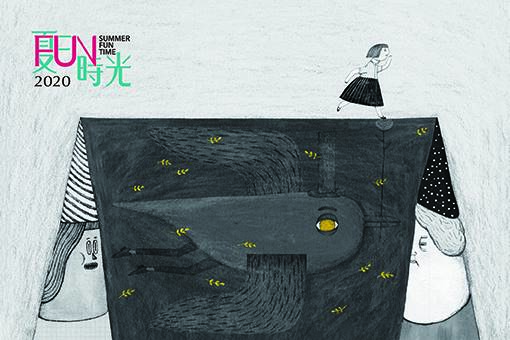 A little storyteller loses her life compass and questions herself consistently. She believes the birdman, a mysterious and wonderful being, can shed some light. She constantly hunts for the birdman, however, as she becomes a woman, she instead bids farewell to the birdman, and leads an ordinary life as she ages. 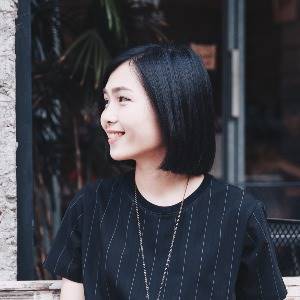 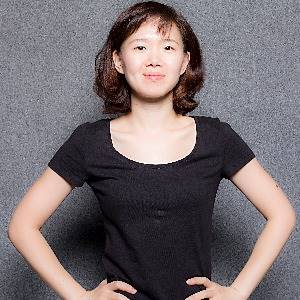 Baozi CHEN, illustrator, studied her master's degree in Sequential Design/Illustration at University of Brighton from 2014 to 2015. Since 2009, she has collaborated with Ethos Stationery and successfully attracted attention in the market with her simple yet adorable illustration and hand-writing. Superbear, one of her most famous characters, is beloved by a mass of the younger generation. She works with a variety of partners, including MOCA, Taipei, Cultural Affairs Bureau of Taichung City Government, Close to You Festival of the Flying Group Theatre for the main visual design, and Chang Tang International Publishing Company for children's picture book. She is an Artist in Residence at NTT from 2019-2020. Picture book RUN is the first brainchild entirely of her own.

HONG Chien-tsang graduated from Department of Drama and Theatre at National Taiwan University. He is an all-rounded performing artist with extensive experience in theatre, cinema acting, and puppeteering. He has worked with Creative Society, Tainaner Ensemble, M.O.V.E. Theater, Flying-group Theatre, Ren Shin Theatre, Very Theatre, One Player Short Ensemble, The Party Theatre Group, Puppet & Its Double and Against-Again Troupe. RUN is his first crossover collaboration as a director.

SHIH Pei-yu founded Flying-group Theatre in 2014. Before that, she was a puppetry designer in collaboration with contemporary theatres in Taiwan. Her productions often involve space, object, and puppet. Her recent directing experience include The Trilogy: a Sleep and a Forgetting, The Mice War (David Chesky), NSO Children's Opera, and The Dark Light co-directed with Larry Reed.

Her puppetry works: RED DEMON, Pentas Project Theatre Malaysia, The Dream of an Embroidered Robe by GuoGuang Theatre Company. Her installation works: Gift Wrapping at Taipei Fine Arts Museum. She has also been the curator of Close to You Festival since 2010.

HUANG Kai-lin has a bachelor's degree in performing arts at Taipei National University of the Arts. Studying abroad at École Internationale de théâtre Jacques Lecoq, France, she studied performing arts, screenwriting, and directing for two years, followed by a teaching certification program and L.E.M program in the third year. She was mentored by Philippe Gaulier and Pierre Byland on clowning, and Donato Sartori and Antonio Fava on making theater masks and improvisation. Returning to Taiwan, she founded Théâtre des Enfants Terribles to mainly explore human being and truth about life through physical movement, mime, clowning, mask play, puppetry and objet.

Oliver CHEN is Manager of Technical & Production Department at NTT. He has a bachelor's degree in stage design at Department of Theatrical Design and Technology, Taipei National University of the Arts. He was also Venue Manager of the Expo Hall of the Flora Expo.

His stage design works include Closer by Greenray Theater Company, A Streetcar Named Desire, Sleeping Beauty by Dafeng Musical Theatre. He was also Technical Coordinator for the Ring Cycle, Nelken, and Peter Pan at NTT.

HSIEH Chien-wei is Associate Manager of Technical Lighting Division of Technical & Production Department at NTT. He majored in Light Design at Department of Theatrical Design and Technology, Taipei National University of the Arts. His technical theatre career dates back to the year 1996.

KUNG Yu-chi (Agong) is the keyboardist and violist of Sodagreen, a Taiwanese indie band formed in 2001. Since 2007 album, Incomparable Beauty, he's in charged of all the orchestration for band. With professional classical music background (MA from Taipei National University of the Arts), he keeps exploring and challenging himself with the music variety of orchestration and arrangement.
Agong got nominated for Best Original Film Score Film: Zinnia Flower by 52nd Golden Horse Film Awards. Dedicated himself to crossover music field and music composition, he has cooperated with Taipei Philharmonic Chorus and Taipei Philharmonic Youth Orchestra, invited by Bernd Ruf, conductor of GermanPops Orchestra, for Germany Crossover Music Festival. His own solo concert received great reviews with all his compositions presenting.
As an experienced composer and performer, Agong is ready to reach all the difference audience without any music boundary.

Iggy HUNG is an adjunct lecturer at National Taiwan University. He holds an MFA in Sound Design at Boston University. His areas of work range from theatre and dance to cinema and exhibition. His recent works include Taiwan Hólíwood by Studio M, We are Ghosts, The Possible Memoirs of a Traitor, and Ok, My Dear Sisters by 4 Chairs Theatre, and Farewell My Concubine, the Orphan of Zhao, L'Orfeo in the 2018 BMF.

Summer LIN is a theatre freelancer. She graduated from Department of Fashion Design at Shih Chien University. Her costume design works can be seen in The Dark Light by Flying-group Theatre, Millennials by B.DANCE, Farewell, Beitou by Greenray Theatre Company, and Children Opera: The Three Little Pigs & Pinocchio by NPAC Opera Workshop.

Founded in 2017, Nulls Design is a rising creative team of motion graphic designers. It is dedicated to promoting motion graphics and independent graphic design. Its mission is to convey the value of everything through professional and exquisite visual narrative and aesthetics.

LIANG Mong-han is a puppetry artist and a puppet and mask designer for theatre performances. She has a wide range of collaboration with Théâtre des Enfants Terribles, Flip Flops Theatre, Shinyshoes, Jin Kwei Lo Puppetry Company, Dark Eyes Performance Lab, U Theatre, One Player Short Ensemble, and Puppet & Its Double. Her works can be seen in 2017 Keelung Story, the Grasstraw Festival, and Lizé International Puppet Festival.

Cordelia YANG is an independent producer, major in Chinese Literature at National Central University and graduated from Institute of Arts Administration and Management at National Taipei University of the Arts. Recent years she focus on arts exchange project and cross-disciplinary production, includes physical theatre, site-specific theatre, new media art and artist-in-residence. She is the producer of Between IN and OUT, Close to You International Performing Object Festival Taipei (2018 &2020), project producer of Tainan Arts Festival and the member of Asian Producers' Platform.

CHUANG Han-ling graduated from Department of Advertising at National Chengchi University. She worked full time for M.O.V.E. Theatre in marketing and PR from 2015 to 2018. With her strengths in theatre marketing and PR as well as executive production, she has collaborated with Creative Society, VM Studio & Very Theatre, approaching theatre, MyanMyan Studio, Théâtre des Enfants Terribles, and Polymer DMT.

TAN Yu-chiao is a theatre practitioner. He has an MFA in directing at Taipei National University of the Arts. In 2014, he co-founded Indie-Circle and presented works including Nothing for Now and an adaptation of The Goat, or Who Is Sylvia? He was also part of the production team of an immersive theatre x VR project by Dark Eyes Performance Lab. He was also a recurrent assistant director of All Music Theatre and M.O.V.E. Theatre.