The performance is cancelled due to the outbreak of COVID-19.

Customers who have purchased tickets to 2020 NTT-TIFA Robert Lepage ╳ Ex Machina The Far Side of the Moon can apply for a full refund until May 31, 2020. Refund will be processed automatically for tickets settled by credit card. Ticket holder with ticket previously settled by cash, please visit ArtsTicket System or call +886-4-2251-1777.

2. Payment settled by Credit Card
Refund will be processed automatically.

Robert Lepage ╳ Ex Machina The Far Side of the Moon

The Far Side of the Moon, directed by Robert Lepage, performed by Yves Jacques and premiered in Quebec City in March 2000, concentrates on the conflict between two brothers who are trying to come to grips with the death of their mother. It tells the story of the Soviet-American space race and focuses on cosmonaut Leonov, confronted with the immensity of interplanetary space as he took his first steps out of the Voskhod 2 spacecraft.

Bringing forth a mad but sincere project for a space elevator that would allow humans to confront the Void, it also sees a goofy but touching video recording by the main character sent out to space, in an attempt to show potential extraterrestrial viewers the poetry that sometimes hides in human daily life. 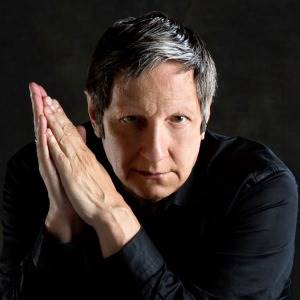 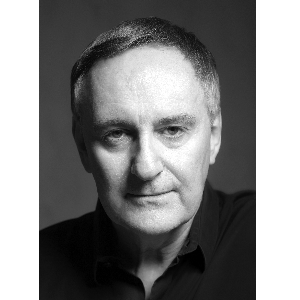 Versatile in every form of theatre craft, Robert Lepage is equally talented as a director, playwright, actor and film director. His creative and original approach to theatre has won him international acclaim and shaken the dogma of classical stage direction to its foundations, especially through his use of new technologies.

Yves Jacques, recipient of Chevalier de l’Ordre des Arts et des Lettres in 2001, is a Canadian film, television and stage actor. He has been touring worldwide for almost ten years with two Robert Lepage plays, The Far Side of the Moon (from 2001) and The Andersen Project (from 2007). He has worked with French Canadian director Denis Arcand on five films and also appeared in seven films of French director Claude Miller. His extraordinary performances in all kinds of works make him widely known to audiences.

Founded in 1994, Ex Machina is a multidisciplinary company bringing together actors, writers, set designers, puppeteers, contortionists and musicians. The creative team of Ex Machina believes that the performing arts - dance, opera, music - should be mixed with recorded arts - filmmaking, video art and multimedia. With new artistic forms emerging from the diverse gatherings. Ex Machina wants to rise to the challenge and become an incubator for a form of theatre that will reach and touch audiences from this new millennium.

※Performed in English with Chinese surtitles